It has all the makings of one, I guess I just need to actually use it...

Tonight was interesting--in the eyes of eleven 3-year olds and their parents, I became Coach Tim... 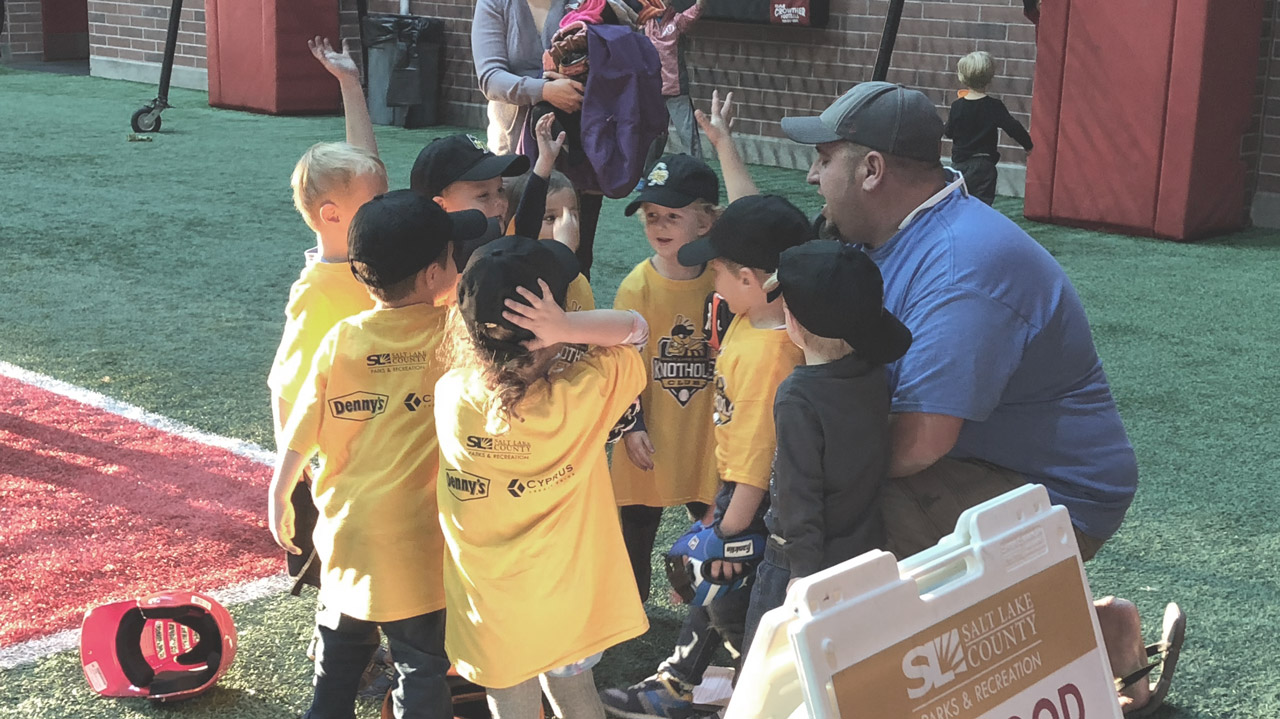 It was Cam's first night of tee ball.  Yes, there are tee ball leagues for 3-year olds.  The concept is simple--learn to throw, catch, field, and hit.  There are no strikes or outs.  The league is designed to keep the focus on basics and keep the attention span of a 3-year old for about as long as you can--which in this case is about 45 minutes.

In any event, when Cam signed up they asked for parent volunteers--so I said I would coach if they needed.  I never heard back.  I was actually pretty bummed.  My dad coached me form the time I was little, through little league.  The memories are great.  I wanted to be able to do the same for Cam, but figured, lots of parents would probably want to be involved, and I was just late to the game.

So, on night one of tee ball, we arrived at the facility and checked in.  They sent us off to his field where a handful of other kids were rolling balls, rolling themselves, and running around in circles.  It was chaos--and no coach was in sight--well-done coach...  Sam and I talked for a minute, then she decided to go see who our coach was--and ask if they ever got my sign up.  A few minutes later I see Sam wandering across the complex with a bag of what looks like shirts, and a bunch of hats--I had a feeling I just became the coach.

As it turns out I was actually assigned to coach the team and they just never told me--I guess maybe I should have asked before tonight--well-done coach.

So I nervously looked through the paperwork they provided to see what I was supposed to do.  I would have liked to have had some time to prepare, but that wasn't really in the cards so I just started.  We started by running around the bases as a team, then everyone got to work on throwing, catching, and hitting.  It was utter chaos--but a lot of fun.  We ended practice with a cheer, and I already felt way more comfortable than I had 45 minutes earlier.  And just like that, Coach Tim was born.

Back to Blog Posts